Get the latest creative news from FooBar about art, design and business.

Safari Rally Kenya – A run for the subaru boys 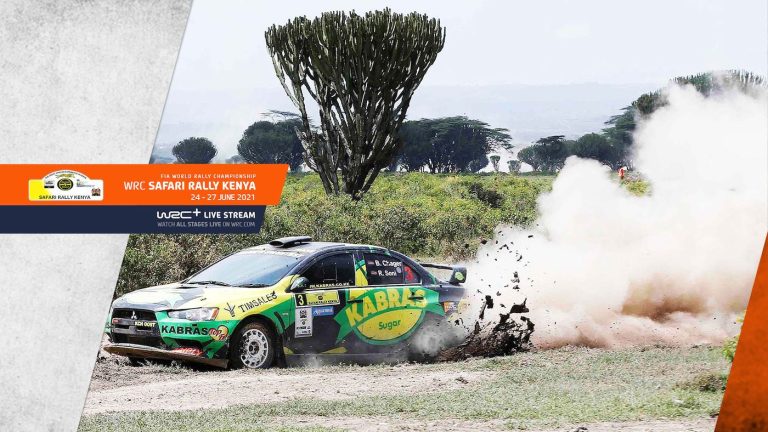 After a 19-year hiatus, the thrilling and world-famous safari rally Kenya is back. The Safari Rally 2021 is guaranteed to be bigger, better, and more exciting than ever

It is now official that the highly anticipated WRC Safari Rally will kick off on June 24th, 2021. Yes!! The much loved and celebrated global showpiece is back in Kenya like never before after 19 years of waiting.

For the WRC, 2021 is definitely going to be a big year as they are not only back in Kenya since 2002 but have also announced their first-ever trip to Croatia. This is a great comeback after the 2020 season was interrupted due to the COVID-19 pandemic. As such, WRC rally fans from around the globe are bound to make it a necessity to be part of the classic East Africa Safari Rally.

Rightfully described as the greatest and toughest rally, Kenya’s Safari Rally is back to reclaim its former glory. Africa has never been more ready for such a memorable event than at a moment when the world is doing its best for normalcy to resume despite the ongoing COVID-19 pandemic. The timing could never be better than after a year when international travel was restricted, and most countries were in mandatory lockdown.

The return of one of the biggest shows worldwide is a manifestation that there is a big glimmer of hope for the world. It becomes better as Kenya, famous for the phrase Hakuna Matata,  which translates to No worries, is hosting the event. For this, Nairobi, the city in the sun, will be the launching pad for the WRC rally, whose peak will be in the quiet and scenic town of Naivasha.

A peek into the history of East Africa Safari Rally

The East Africa Safari Rally was born as an event to commemorate the coronation of Queen Elizabeth II. It was first held in 1953 from 27th May to 1st June and it grew to be a world popular event that became a part of every yearly calendar. However, it was not until 1973 that it became a part of the WRC, running for 29 years until 2002.

For a rally that attracted the best of the best and was a dream racing adventure for countless more, the East Africa safari rally was notorious for being ‘difficult and highly demanding.’ Rally drivers had to navigate through long, winding routes in rough roads under arduous conditions. If it was not the intense heat and humidity in rocky and rutted tracks that necessitated lots of repairs, drivers had to bear with constantly changing weather and glutinous mud-baths.

All these challenges cumulated are the defining pleasures of Safari Rally that used to see thousands flock at strategic places to witness this amazing show. As it is famously said, legends are made, not born; this tough rally race has tested and brought out only the most refined drivers as winners.

For a rally that has not been held for 19 years, change is inevitable, and the new faces of the WRC stars who will take on this race says it all. It is worth noting that the Rally 1 and Rally 2 entries from the first and second-tier of the World Rally Championship have never participated in the iconic and classic KCB safari rally.

The only exceptions in the entries are Kenya’s drivers, mostly Rally 3 drivers who participate in the ARC (African Rally Championship), and privateers who have tried out the local terrains.

So, what awaits this new crop of WRC stars in the safari Rally adventure?

Well, while Safari Rally Kenya has evolved from what it used to be in its early years, it still remains to be the ultimate challenge as it presents;

The Old and the young meet for the Safari Rally Kenya

One of the most exciting aspects of the Safari Rally 2021 is that it brings new faces that consist of the old and young alike. Most notable is that 91-year old Sobiesław Zasada is expected to be among the rally drivers making him the oldest individual to participate in the competition. Interestingly, he will be competing against drivers such as Oliver Solberg, who is 19, and Kalle Rovenpera, who is 20.

All Roads Lead To Naivasha, #vashathings

Nothing brings back sweet memories for most Kenyans than being part of the spectators in the classic East Africa Safari Rally in its’ heydays. The return of this spectacular event that will see over 8.5 million people glued to their screens over four days cannot be overlooked.

You will love that Naivasha offers the best of the Rift Valley, a primary reason why it continues to attract tourists all year long. This is why this is the best opportunity to spend a weekend in #Vasha and be part of the mad fun and thrills of watching a rally. What is not to love when you have so many fascinating places to visit in Naivasha while you wait to be part of such a timeless event?

Plus, why would you stay back when Subaru boys are all over looking for a date to take to Vashas. As Kenyans in social Media have said;

“Subaru boyz getting ready for NAIVASHA……your weemenz are not safe.”

“If you are a broke man but still insist on dating in Nairobi, instead of setting your priorities right, this weekend will be the worst nightmare for you. I won’t tell you why, Subaru boys will demonstrate it to you.”

“There will be no peace unless a Subaru car wins Safari Rally 2021, period!!!”

The Naivasha Safari rally is only the tip of the iceberg for anyone who will be part of this legendary event. A weekend in #Vasha is a chance to be one with nature and get lost in the magic of Lake Naivasha and its magical surrounding.

Traveling to Kenya from USA – A Quick Guide

The Courier – a New Song with Benedict Cumberbatch

Get the latest creative news from SmartMag about art & design.